Ever since I was a young girl in the 1950s I’ve wanted to be a singer in a band—rock ‘n roll, of course. Mainly, I wanted to be cool, and what could be more cool than that? Alas! I was the second daughter of a Confucian scholar. Rock ‘n roll wasn’t in my DNA. I was better at Bach. The most counterculture I could muster was folk. Joan Baez. At least I had the long black hair and a guitar.

Now, half a century later, I find myself in North Coast Sound System, a rock band with smokin’ musicians and me, playing percussion and singing background vocals. You know what? I still don’t feel cool. But at 63, I no longer care.

This recording session was filmed at Studio E in Sebastopol by Nathan DeHart, who also created this fun video and poster. Peter Wilson is singing lead and playing electric guitar on his song, “How Can a Man?” while Dan Worley plays rhythm acoustic guitar, Dale Enstrom is on keyboard, Robert Watson on bass, and Billy Johnson on drums. Dan and I are singing background vocals. 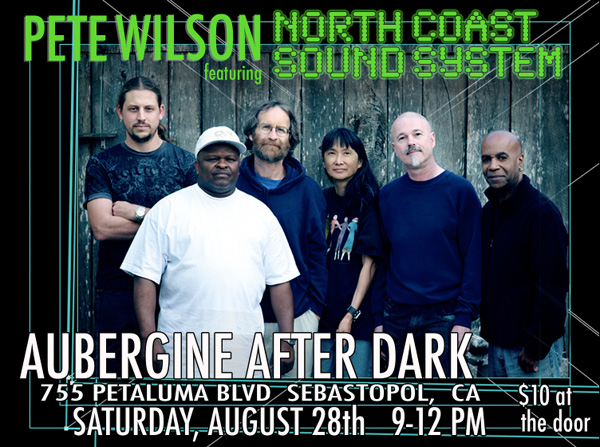 The Bonus Benefits of Cooking   Indescribable!